How MVPs help you better understand your End Users

CBI Insights’ published its analysis, where it stated the top reasons why startups fail. While the general notion would be — a startup primarily fails due to a poor product or lack of funds. Though CBI Insights enlist these reasons, ‘No Market Need’ was the number one reason why 41% of startups fail. It means that around half of the startups are building products that no one needs! A big number. 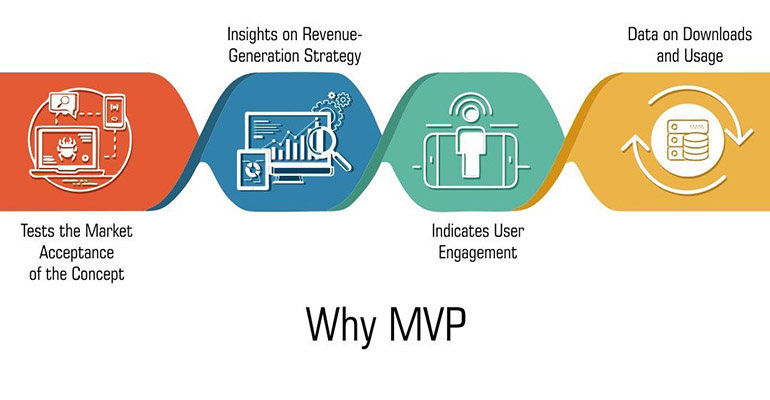 While the term includes ‘minimum’ it gives a maximum value! It is the simplest version of the actual product the company plans to launch, that gathers the reaction and consumer acceptance.

Other than securing investors via MVP which acts as a solid business case for a perfect buy-in, a minimum viable product caters to the following too.

In fact some of the best examples for a successful app post MVP are the ones we use on a daily basis – Uber, Spotify, and Insta.

If we look at the case of Spotify, it literally had nothing to flaunt about when it was released. The unpolished app version just could find and play songs. Daniel EK and Martin Lorentzon, the founders who were based out of Sweden, managed to impress Swedish music bloggers with this prototype of untapped features.

These bloggers basically loved the experience and foresaw the promising future; hence, they spread the word about this revolutionary app. Spotify played smartly. It took one step at a time — they started unveiling the features in a phased manner. Features such as playlist creation, freemium version, song sharing, and so on were being added gradually.

“We spent an insane amount of time focusing on latency when no one cared because we were hell-bent on making it feel like you had all the world’s music on your hard drive. Obsessing over small details can sometimes make all the difference. That’s what I believe is the biggest misunderstanding about the minimum viable product concept. That is the V in the MVP.” -Daniel Ek, co-founder, and CEO

Look at MVP as a fancy testing methodology that allows you to understand what works and what doesn’t.

It is difficult to believe the fact that even if you have a gut feeling about the product, even if there’s a specific requirement that you believe your product could fulfill, things can go wrong in the marketplace where competitors are teeming with pretty much the same offering.

What distinguishes you might not always help you to stand out in the crowd!

MVP helps businesses to map the needs of the market, evaluate if the product is a fit or not and remarkably aids in gathering the findings that one can use to tinker with the product and reshape and rethink.

It also helps in redefining the monetization strategy. If your revenue strategy is centered around add-ons or premium versions, your MVP product can help you judge whether your target audience is willing to opt for these services. In accordance with the response, you can factor –out or –in that particular feature.

How MVP Clamps Down Potential Risk

Though any business is said to entail inevitable risks, you can surely avoid some if you are smart enough to wait and hit a nerve at the right time. MVP, in its very essence, helps you ward off risks that could be any of the following –

The aforementioned risks can sink an idea full of enthusiasm. Due diligence is needed to make a safe sail. To genuinely comprehend the product-market fit, you need to validate and test the idea.

With a big idea, it is tempting to move ahead. But being sure of the market acceptance is equally important to reach the end goal of the product launch.

MVP essentially helps you to build what you aspire to with less by determining the requisite features. And bands together your vision and the customer demand to create an optimal solution. Helps in penetrating into the market faster, and paves the way for the expedited implementation of features in accordance with feedback.

DevOps are the next exciting step in MVP development with businesses across the board opting for its efficiency and advanced...

Top 8 Building Blocks for SaaS Applications Cloud services have emerged as a key trend in the software development landscape....

Building MVP Using Design Sprint As we know, MVP (Minimum Viable Product) is essential in the initial stages of software...

Why PaaS is a great idea to build your MVP

Why PaaS is a great idea to build your MVP The highly dynamic technological landscape introduces us to new terminologies...

Why PaaS is a great idea to build your MVP